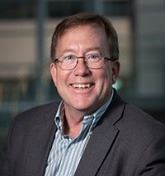 Raised in Whitman County, Michael is a long-time farmer and farm owner.  Graduating with a degree in Finance and Accounting from Washington State University in 1982 and passing the CPA exam shortly   thereafter, he went on to a stint in corporate accounting in Houston, Texas. Returning to Whitman County, he worked for Washington State University in agricultural economics followed by full time farming in 1986.

Michael graduated from Washington Agriculture & Forestry Education Foundation leadership program in 1990. Taking a brief hiatus in farming, he served as the Legislative Assistant to Sen. Larry Sheahan (Rosalia) in Olympia for the 1999 and 2000 sessions.

Michael was elected to the Whitman County Board of County Commissioners in 2006.  The father of four children, he lives with his wife Audrey and youngest son John on the family farm near Dusty, WA.