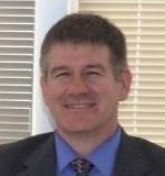 Born and raised in Whitman County, Art Swannack’s great grandfather and family came to America after mining and farming in Australia and settled near Lamont in 1887 to raise wheat and cattle.  His mother Thea was an immigrant from Switzerland who came to Washington state in 1961.  She met his father on a blind date, later married and a few years later went through the legal process to become a naturalized citizen.

Art and his wife Jill are both WSU grads (89 & 91), with Art holding a degree in Wildlife Biology and Jill earning her DVM.  They have three children Carmen, Leah and Owen.  Carmen has a Masters in Plant Science from WSU, Leah is in her third year of Veterinary School at WSU and Owen is currently serving in the United States Air Force.

Art was elected to the Whitman County Board of County Commissioners with his first term starting January 1, 2013.  Art & Jill raise Wheat, Hay and Sheep and Jill operates a mixed animal veterinary practice with the office on their farm near Lamont, WA.